It would appear that taxpayer funded city property is now being utilized to fully promote the LGBT agenda as evidenced by Appointed Mayor Michael Taylor’s recent Facebook post.

“Tonight was a perfect night for a wedding. Congrats to Stacy and Lydia! ‪#‎HereComeTheBrides” 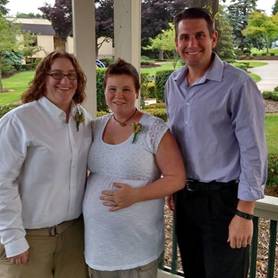 At least one of these individuals appear to be pregnant based on the bump AND the hand placement. Here are a couple of articles that discuss this.

Growing Up With Two Moms: The Untold Children’s View
http://www.thepublicdiscourse.com/2012/08/6065/

The Kids Are Not Alright: A Lesbian’s Daughter Speaks Out
http://thefederalist.com/2015/04/21/the-kids-are-not-alright-a-lesbians-daughter-speaks-out/

“Great news from the Supreme Court this morning. If your church won’t marry you, come to Sterling Heights City Hall and I’ll marry you there!”