Rashida Tlaib has been making headlines of late for her active participation in the hoax impeachment drive. She is also known as being a member of the so-called “Squad”. There are also the questionable ties to terrorist organizations.

Few realize that Tlaib spent some time in Sterling Heights, softening up the locals for the muslim civilization-jihad agenda.

Here is a clip from her appearance in 2015 when she appeared in front of the Sterling Heights City Council offering her crocodile tears combined with the typical muslim propaganda recitations. 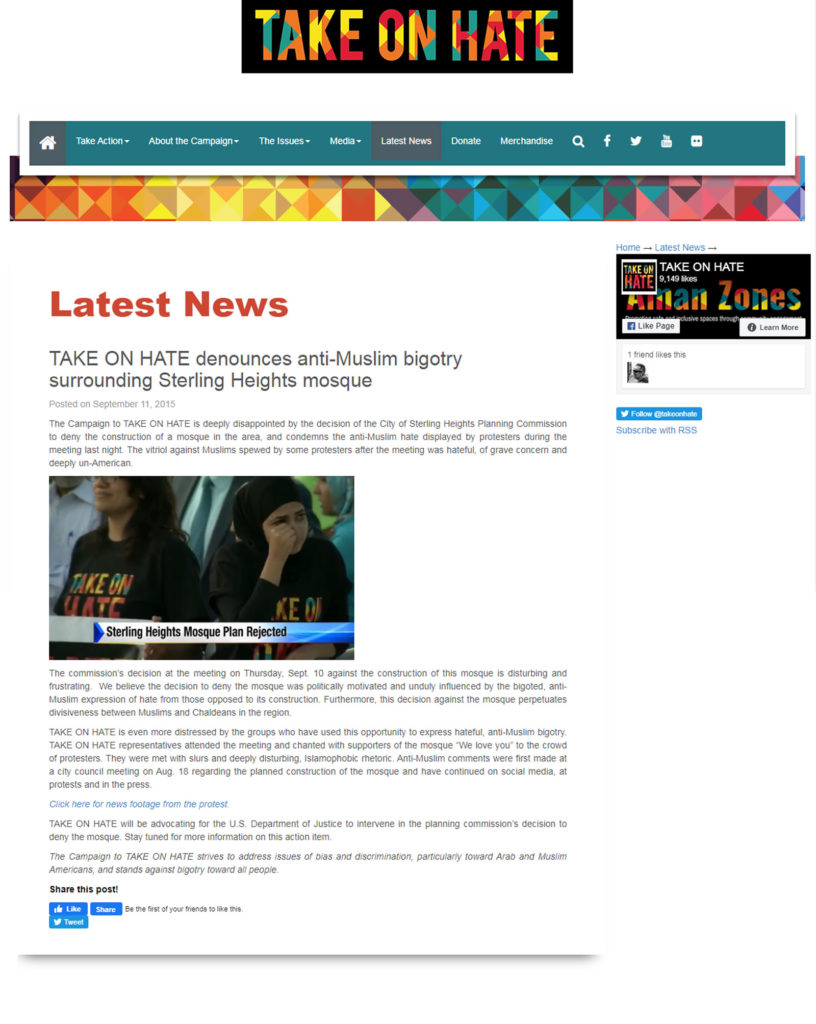