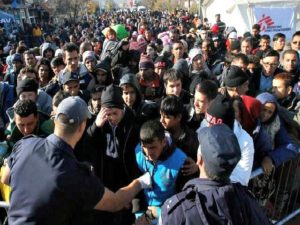 Note the national article’s reference to the courageous stand taken by County Executive Brooks Patterson and the total disregard for public safety and public health demonstrated yet again by the Refugee Industry in Michigan.

A total of 113 refugees from three countries entered the United States on Monday, according to the State Department’s interactive website: 100 were from Syria, 12 were from Iraq, and one was from Somalia.

The three were among the seven countries on which President Trump imposed a temporary ban in the issuance of visas by an executive order President Trump signed on January 27 and which Judge Robarts stopped nationwide with a temporary restraining order Friday.

Read the full article at Breitbart